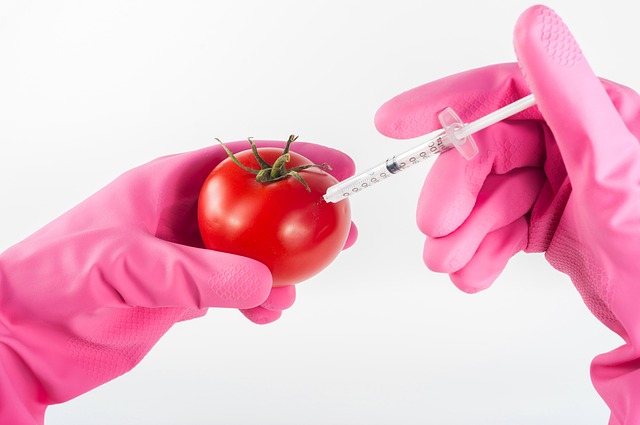 Reading and researching about processed food and its harmful effects, I am almost obsessed with reading the labels of anything that comes packaged in the name of food. It was one of those days when I happened to flip a pack of Lays Stax chips at my cousin’s place and I was shocked to see the label clearly mentioning that it has GMOs. To a person like me, it is just as equivalent to something “toxic”. But somehow, I was not able to convince her within a short span of time of why GMOs are harmful for our health. That made me think about writing this, so, let us begin our journey here, learning all that you need to know about GMOs and why you need to avoid them like plague.

What are GMOs?
“GMOs, or “genetically modified organisms,” are plants or animals that have been genetically engineered with DNA from bacteria, viruses or other plants and animals. These experimental combinations of genes from different species cannot occur in nature or in traditional crossbreeding” Source“A GMO (genetically modified organism) is the result of a laboratory process of taking genes from one species and inserting them into another in an attempt to obtain a desired trait or characteristic, hence they are also known as transgenic organisms. This process may be called either Genetic Engineering (GE) or Genetic Modification (GM); they are one and the same.” SourceWhy are they Harmful?
Genetically Modified plants have two main characteristics: a) herbicide tolerant b) the ability to produce their own pesticides. So, a genetically modified plant will not die even if an excessive amount of chemicals are sprayed on it. The fact that it has the ability to produce its own pesticide means that the plants are toxic by themselves. This easily explains why GMOs are harmful for our health. It is loaded with harmful chemicals and carcinogens (cancer causing substances). Plants like cotton, soy and canola have foreign genes taken from bacteria and viruses inserted into them which was never done before in history.GMOs were introduced by profit making corporations like Monsanto only a few decades ago. The safety of its use on living creatures including human beings has not been established so far and there are several reports of massive destruction caused to the ecosystem because of it. Farmer suicides across the world, especially in India is a standing proof for the kind of harm that GMOs can causeWhat are the Plants/Crops that are Genetically Modified?According to The Institute of Responsible Technology, the following eight plants are GM:1. Soy
2. Cotton
3. Canola
4. Sugar Beets
5. Corn
6. Hawaiian Papaya
7. Zucchini
8. Yellow SquashAlso, artificial sweeteners that contain Aspartame (Sugar Free) are also made from Genetically Modified sources. Genetically modified growth hormones are injected into cows to produce more milk. Now, just think why products like soy milk, soya chunks, corn flakes, corn oil, canola oil, are all marketed as healthy food. In fact, most of us regularly buy a couple of these things thinking that they are healthy and nutritious. From infant formula to your breakfast cereal, most of the processed food contain ingredients that are derived from genetically modified sources. It is not a solution to feed the hunger, as it is propagated by the pro GMO people, but it is a source of profit for the corporations that make them.What are the Health Hazards?Our diet is mostly comprised of processed food these days and food manufacturing companies have successfully replaced our traditional food with products like corn flakes, margarine, soy milk and so on.  As discussed previously, the safety of consuming GM food has not been established and there are many health risks associated with consuming genetically modified food. From infertility to cancer, there are several diseases caused by consuming GMOs. Here is the brief snapshot of the health hazards from GMOs1. Infertility and Infant Mortality in Hamsters
2. Food Allergies, especially among children
3. Antibiotic Resistance
4. More Dangerous for children than adults.To put it simply, genetically modified crops have genes that can resist a huge amount of pesticide, which means you are getting more of these nasty substances on your plate instead of any nutrition.GMOs from an Islamic PerspectiveGenetically Engineered food has been propagated as the solution to feed the millions of hungry people across the world, as it promises more yield by killing pests and weeds. However, remember that it is Allah swt who provides sustenance for every living being on this earth. There is enough food in this world to feed everyone, and the promises made by companies and lobbyists are only an eyewash.Are GMOs Halal?Genetically Modified food are not considered haram, and according to some scholars it may be haram if the DNA of a prohibited animal is inserted into a plant. The following excerpt from an answer to the question on whether it is halal gives us a better idea of what we must know about Genetically Modified food:Sh. Assim Alhakeem: ” The one who researches this issue cannot state that it is haraam to eat genetically modified crops and fruits unless it is proven for certain that they are harmful. This does not mean that we can be careless about this matter, because of what we have pointed out above of the possibility that they may pose a danger in many ways, and because people still prefer natural plants and crops, and people like them even if they are more expensive.
The matter still needs more research and more time until the effects of these plants and the harm they may cause becomes clear.Until it is proven that they are harmful, the basic principle is that these plants are permissible and it is permissible to eat animals that have been fed on these plants, but it is also essential to be cautious about what these plants may cause in the future, and it is essential to follow up on research and information about these plants”.ConclusionHaving known the dangers of consuming GM food, it is best we stay informed and stay away from them. Remember that Allah is perfect in His creations and He knows what is best for us. Our food system has been messed up so much that the ones that are grown with loads of chemicals sprayed on them are cheaper than the ones that grow naturally.  We know for certain that our parents and grandparents were healthier than we are now and the reason behind this is simply our food habits. It is time to establish a habit of conscious eating and being more careful about reading the labels, because it is not only our health which is at risk, but also that of our children.

This site uses Akismet to reduce spam. Learn how your comment data is processed.